Story - The Temple of Mithras remains

The Temple of Mithras remains 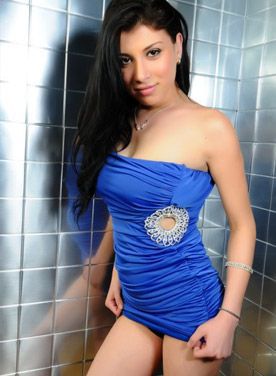 The Temple of Mithras remains the main Roman working in London in which one can see the whole arrangement laid out on the ground, yet in 1987 a significantly more broad structure was revealed in the range limited by Aldermanbury, Gresham Street and Basinghall Street.
The revelation was of a Roman amphitheater, a huge oval more than three hundred feet at its greatest degree and fixated on what is presently Guildhall Yard. Initially it would have been of timber, and has been dated from the time of recreation taking after Boudicca's ambush. In any case, in the early second century it was modified all the more generously in stone, making it the biggest in Britannia with a limit of six thousand to seven thousand onlookers (or around a quarter of London's populace).

In this structure it stayed being used until the takeoff of the Romans in the early fifth century. Interestingly, the nearness of such an imperative building kept on practicing a stamped impact on the advancement of this region long after that date. For instance, the probability is that the first Saxon Guildhall - a spot for 'folkmoots', the general get together of the townspeople - was intentionally situated on the same site, and today the above-named roads still regard the first oval limit instead of cutting crosswise over it.
Such a monstrous site proved unable, even along these lines, have been left undeveloped for long once the Romans had left; nor taking after the disclosure of the amphitheater was its evacuation and movement a reasonable choice as it had been for the much littler Mithraeum. Rather, creative steps have been taken to safeguard something important, and today the framework of the genuine stadium is plainly set apart out in the clearing of Guildhall Yard, and in the storm cellar of the Guildhall Art Gallery halfway stays of the fundamental passageway are accessible to see. Guests here can likewise see two little vestibules, conceivably where warriors would have assembled before every execution, and part of a waste framework in which were discovered creature and human remains - probably from the individuals who joined in the broadly horrifying exhibitions.

Hued mosaics and decorated floors and asphalts are among the most energizing relics from this time, and the revelation of this vast segment of mosaic - with its limestone-flanked red, yellow, highly contrasting tesserae - in the City of London in 1976 is still thought to be one of the decade's greatest finds. Fixed for quite a long time underneath a layer of thick dim sediment - on a site in Milk Street, amongst Cheapside and Gresham Street - the mosaic was precisely lifted and in the end put in plain view at the Museum of London.
With an establishment date of 675 the congregation is possibly London's most seasoned, as we might find in the following part. The site was obviously involved much sooner than this date, be that as it may, and in 1926, amid work in the grave, a superb section of second-century red mosaic was revealed underneath the establishments of the east divider.

Splendidly protected in the old undercroft, it is thought to have framed part of the floor of a residential abiding that remained here hundreds of years before the congregation's blessing by a seventh-century Bishop of London. The same sepulcher is additionally home to a present day scale-model of Londinium, giving guests a bird's-eye perspective of the city seen from a vantage point over the Thames and some place in the territory where the Shard now stands.